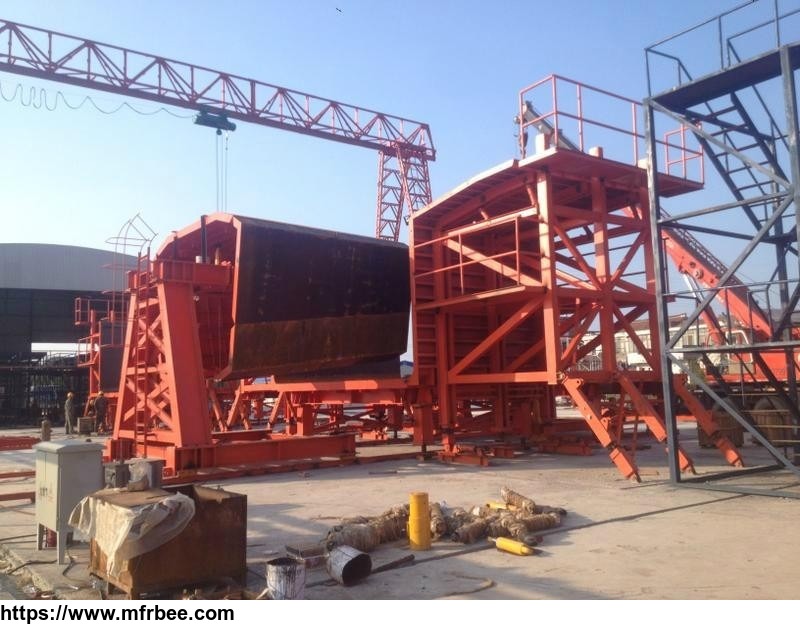 The full span segmental launcher formwork system is a highly effective system to launch concrete segment. In this method, the entire span of the concrete segments which consist of several pieces of segments is temporary supported by the segmental launcher. After all the precast segments are in the correct position, the span will be post-tensioned.
1.Enhancing construction efficiency;


2.Guarantee for work safety and quality;

Technique Content
Precast girder formwork has advantages of high-precision, simple structure,retractile,easy-demoulding and simple operation. It can be hoisted or dragged to casting site integrally, and demoulded integrally or piecemeal after concrete achieving the strength, then pull out the inner mould from the girder. It is handy installing and debugging, low labor intensity, and high efficient.

The mould is integrated designed and stress analyzed in concordance with the girder structure,girder span and arrangement of the casting site.The demoulding mechanism is designed by simulating the trajectory of the inner mould.The girder\\\\\\\'s integrally or piecemeal pulling out of mould after precasting is ensured by inner mould structure, connectors, inner mould support system, hydraulic system, demoulding mechanism,guideway system and the segmental design of inner mould.
The design of outer mould structure, way of locomotion, support system of outer mould,pathway of temper mill, disposal of oscillator,stair and rail.
Transport scheme should be considered when design the inner and outer mould segmentation. The applicability of the mould to different girder span .
The material selection: 12mm steel plate for bottom mould and end mould;8mm steel plate for lateral mould and inner mould. 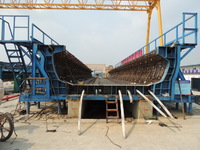